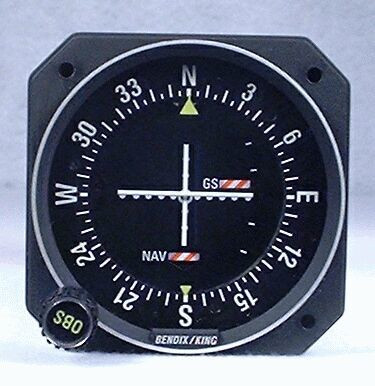 The KI-209A is similar to King's standard KI-209 VOR/LOC/Glideslope Indicator, but with an important twist. The KI-209A can also be used with a GPS.

The KI-209A, together with an Annunciator Control Unit (ACU), can be used to meet the FAA requirements for an IFR GPS installation.

The KI-209A uses pendulum meter movements. Due to the extra capability offered by the KI-209A, it uses a different connector than the KI-208 and KI-209.

The King KI-209A's features include:

The King KI-209A may be used with the following equipment:

The KI-209A may be used with the following NAV/COMM radios, paired with the remotely-mounted KN-75 Glideslope Receiver.